Can You Burn Drywall? 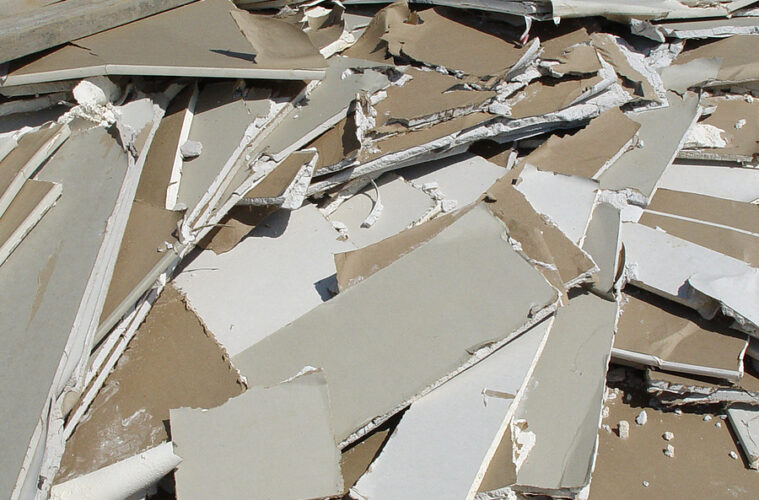 The biggest component of drywall is a soft mineral called gypsum (calcium sulfate).

This is great for homeowners but not so great if you have a pile of drywall scraps you’re trying to get rid of.

Here’s what else you should know.

Can You Put Drywall in a Fire?

No, you should not put drywall in a fire. Since drywall is made mostly of gypsum, which is calcium sulfate, it’s not flammable. The paper on the outside of the drywall will burn, but the gypsum portion will not.

What’s the Burning Point of Drywall?

The paper on the drywall sheets will ignite at about 480 degrees. And according to most drywall manufacturers, the drywall may become damaged at about 176 degrees Fahrenheit. However, the gypsum itself does not ignite.

About 20% of gypsum’s weight comes from water. When exposed to fire, it resists igniting by releasing its water content. When all of the moisture has evaporated, the gypsum drywall will begin to crack or crumble.

Plus, depending on the drywall you have, it may be even further fire-resistant. Some types of drywall like type X or type C have additives that increase their fire rating and further delay the drywall from burning.

Is it Safe to Burn Drywall?

It is not safe to burn drywall. According to the Environmental Working Group, drywall made before 2016 and drywall manufactured in other countries have had very few regulations. In some instances, they’ve found harmful additives like sulfur in them.

Burning gypsum board drywall could release toxic fumes into the air. Even if this wasn’t the case, burning drywall is next to impossible to do, so you’re better off looking for an alternative disposal method.

The main component of drywall is gypsum, a soft mineral that is non-combustible. While the paper on both sides of the drywall will go up into flames, the gypsum portions won’t.

If you need to dispose of sheetrock or drywall scraps, call your local recycling center or landfill instead of trying to burn it.