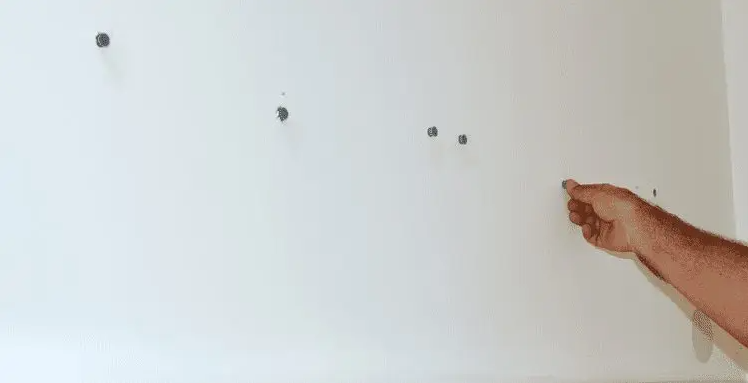 How To Remove Drywall Anchors

Drywall anchors are incredibly handy. They allow you to hang heavy items where there aren’t any studs – which is excellent for the look and feel of your home.

And usually, they’re very easy to install. But taking them out? That’s a whole different story.

If you’re wondering how to remove drywall anchors, there is no one size fits all answer. Sometimes removing them is as easy as pulling them out with pliers.

Other times you need to screw them out, hammer them, or push them into the wall and patch the hole.

Here are the top ways to remove drywall anchors.

Top Ways To Remove Drywall Anchors From The Wall

Use Pliers To Pull Them Out

Before we get to any drastic methods, grab a pair of needle-nose pliers and see if you can gently pull the anchors from the wall.

To do this, wiggle the anchor with your pliers in a back and forth motion. If it doesn’t budge, try one of the methods below.

Remove Them With A Screwdriver

For this method, take a flat head screwdriver and insert it in the anchor. Your screwdriver should be a similar size to the drywall anchor’s mouth.

Hammer the screwdriver a couple of times to ensure it’s snuggly fit in the anchor.

Now, twist your screwdriver counterclockwise. If the anchor doesn’t back out of the hole or twists in place, you’ll need to cut the anchor out or push it into the wall, which we’ll cover below.

Push The Anchor Behind The Wall

When pulling or screwing doesn’t work, the next easiest method is to push the anchor far enough into the wall to patch it.

To do this, start by using a utility knife to score around the perimeter of the anchor gently. Now, place a flat head screwdriver in the mouth of the anchor.

Next, tap the edge of the screwdriver with a hammer until the anchor recesses in the wall.

Once the anchor is recessed, you can patch it with joint compound.

Cut The Anchor Out

Anchors grip the inside of the drywall spreading the weight they hold, making them more secure. And because of this gripping, they become tough to remove.

So if you couldn’t remove the anchor with pliers or a screwdriver and you don’t want to recess it, you’ll have to cut it out. (Just be warned, if you’re not careful, this could leave a rather large hole in the wall.)

Here’s how to cut it out:

How To Patch Drywall Anchor Holes

Once you have your drywall anchor removed, you’ll need to patch the hole. Luckily, this is easy to do, even if you’re a novice at home improvement projects.

To patch the hole, you’ll need the following:

Here’s what to do:

Tap around the edges of the hole caused by the anchor with the back of your drywall knife until it’s concave. You shouldn’t feel any frayed drywall paper after you do this.

If the area still feels rough after tapping, use your utility knife to cut off the rough paper edges.

Swipe it over the hole to fill it in.

Swipe your knife in the opposite direction, perpendicularly. This will smooth out the compound

Allow the compound to dry for at least one hour.

(Note: If you have a really small hole, you can use spackle instead of drywall compound.)

Step 3: Do A Second Coat

Next, follow the same steps and add a thin second coating of drywall compound to the hole.

Once the second coat is dry, use a fine-grit sanding sponge to sand the compound until it’s smooth and even with the rest of the wall.

After this step, you’ll be ready to paint.

It’s a much more difficult DIY project to remove wall anchors than install them. Your first line of defense should be pulling out the anchor with needle-nose pliers.

If that doesn’t work, try screwing the anchor or slightly receding it into the wall.

After anchor removal, you can cover the hole by patching it with joint compound.