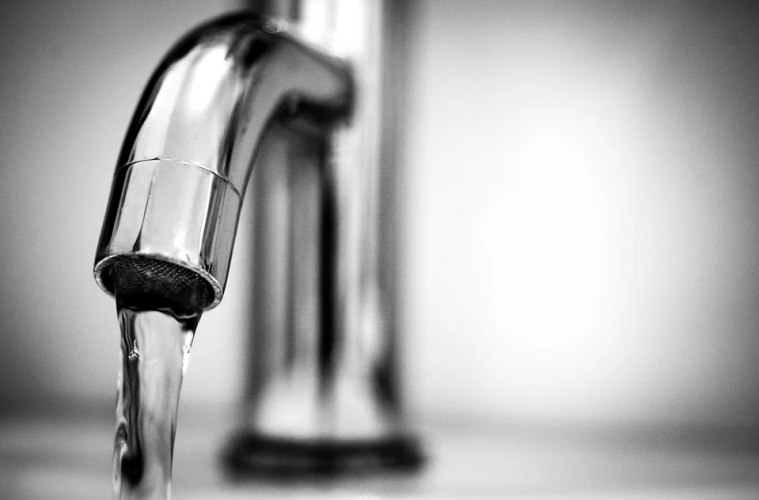 Many of us have had the experience of waking up parched in the middle of the night. Rather than trekking, half asleep, all the way to the kitchen, we just get some water from the bathroom.

But does it really taste any different or is it just our brains playing tricks on us? And if it does taste different, why exactly is that?

The answer to those questions isn’t as simple and straightforward as it may seem, since every home is a little bit different. Let’s look at the various reasons that water from the bathroom may seem to taste different than water from the kitchen.

Is It Safe To Drink From The Bathroom Faucet?

Some people wonder if it’s even safe to drink bathroom tap water in the first place.

The short answer is that as long as it’s safe to drink your tap water at all, it’s generally safe to drink from bathroom tap water. Bathroom and kitchen tap water come from the same water supply, so differences in quality would have to occur after the water leaves the source.

There are differences between manufacturers, but if both faucets are from the same manufacturer, they should have identical water quality. In addition, kitchen and bathroom faucets have to meet the same standards, there’s unlikely to be anything that contributes to a major difference in safety after that point either.

Okay, so kitchen and bathroom water are of equal quality, but then why might they taste different.

The most common reason is temperature: people prefer cool water to room temperature water, and especially to hot water.

The main water line to homes is typically underground, which keeps the water inside cool. Once the water enters the home, however, it travels through pipes in the walls.

Once in the pipes in the walls, the water begins to approach room temperature.

By the time you’re ready to fill a glass or water bottle, there’s nice, cool water coming from the faucet

On the other hand, if you’re getting water from the kitchen sink, you’ll typically get your drink right away, without flushing the pipes first.

In addition, bathrooms are typically closer to the water meter than kitchens are. That means that water in the bathroom doesn’t get as much time to reach room temperature as it sits in pipes.

This is the same reason that if you have a fridge dispenser, it will often taste better than water from any other source in your home, even if you don’t have a filtration system built in to eliminate bad tastes or smells from the water.

There is one other factor that can make your bathroom tap water taste different. When you get a drink of water at night, you’re more likely to be dehydrated because you went hours without drinking while asleep.

During the day, you’re more likely to be drinking every few hours, if not more often, keeping you more hydrated.

Your dehydrated state may make the water seem especially refreshing, even if the water itself is completely the same.

How Can You Improve The Taste Of Your Tap Water?

If you think that the water from your bathroom faucet tastes better, you may be wondering how to replicate the same appeal from your kitchen water.

For colder water from the kitchen tap, you can run the tap for a couple of minutes before getting your water. However, people understandably don’t want to waste water that way.

For a more environmentally friendly alternative, you can fill a pitcher with water and keep it in the fridge. Use the pitcher for drinking water and water straight from the tap for everything else.

Municipal water typically has added chlorine. It’s important because it acts as a disinfectant, but it can leave a gross taste and smell in the water.

If your water smells or tastes like chlorine, you can bring it to a boil first, before putting it in the fridge.

To improve the taste, even more, you can get a pitcher with a water filter.  If you go this route, you can skip the boiling step since the filter will clear out the chlorine itself.

Depending on one where you live, your water, whether municipal or well water, can also be hard, which means it has dissolved minerals like magnesium and calcium in the water. Water can also contain sulfur, which is safe to ingest, but can cause a rotten egg smell and taste in the water.

You can also install a water treatment system at the main water supply to treat all water before it spreads throughout your home water system.

For example, my in-laws live in an area with high sulfur content in the water, so they have a filter to prevent the rotten egg smell and taste. We have regular hard water in our home, so we have a filter with a water softener.

It removes the minerals from the water, which not only affects water’s flavor but can also cause build-up on our plumbing fixtures and even damage the health of our skin and hair.

Depending on how handy you are, you may be able to add the filter yourself, or you may need to call a plumber to do it. If you’re only worried about drinking water, however, it’s cheaper and easier to go with a filtering pitcher.

The water from both faucets comes from the same water source, so it’s equally safe and should have more or less the same flavor. It’s most likely just that the bathroom water is colder than the water from the kitchen faucet, making it seem like it tastes differently.

Whether you’re happy or sad about the differences, hopefully, the information given here has sated your curiosity. And hopefully, you’ll find our advice on improving the taste of your water helpful too, so you’re satisfied with every sip of water you take in your home.