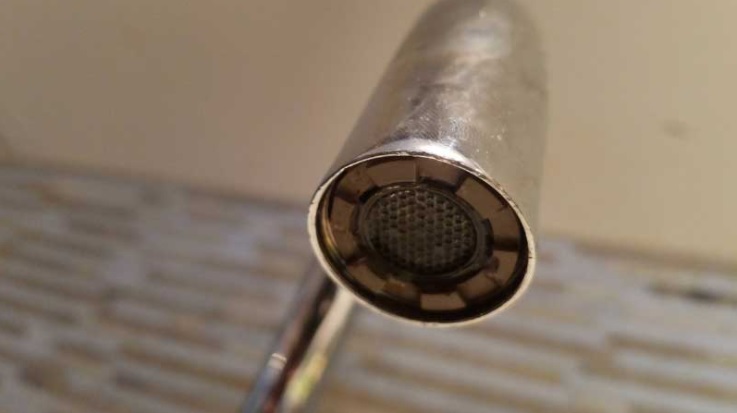 How To Remove Recessed Faucet Aerator Without Key or Tool

A faucet aerator is one of the most important components of your faucet. It regulates the water flow and prevents issues with your water.

But sometimes you need to remove the aerator to do basic maintenance, or you need to inspect it due to an issue with water flow.

Some faucet aerators can be removed easily by hand. But there is a type of aerator called a recessed or hidden aerator.

To remove these, you typically need a key. But what if you don’t have a key?

In many cases, you won’t need anything except your hands. But if you can’t unscrew the aerator with your fingers, some important items include:

5 Steps To Remove A Faucet Aerator Without Key or Tool

The steps might vary slightly depending on the brand and the type of aerator that you have. Recessed aerators are screwed directly into the end of the spout, which means they’re not accessible using a wrench.

With recessed faucets, the manufacturer often has specialized keys for removal. But if you don’t have a key, there are other ways to remove it.

When the faucet was first installed, the plumber probably screwed the aerator in by hand. That means that the seal won’t be as tight as it would be with a tool.

You can often unscrew the aerator just using your fingers.

Make sure that you’ve dried your hand and the faucet first. The drier your hand, the better your grip will be.

If it’s been a long time since the aerator was last unscrewed, it might be stuck too tightly for your bare hand. Corrosion can occur over time, making it difficult to remove.

It’s also possible for debris to build up and cause the aerator to become jammed.

You might find that you can’t get enough grip with your bare fingers. Try putting on a rubber glove and using that to unscrew the item.

The rubber is less likely to slip against the metal or plastic, so you’re more likely to see success.

Sometimes the issue might be that you don’t have enough leverage. Obviously you don’t want to damage your fingernails, but you might be able to use them to enhance your grip.

Manufacturers like Delta and Moen create aerators with small ridges.

Place your fingernails between the ridges. This will anchor your grip so that you can untwist the product more easily.

Turn it counterclockwise until you feel it loosen. Once it does, you can unscrew it with your fingers.

If this doesn’t work, the aerator might be stuck because of corrosion. You’ll need to use a tool in this case.

4. Use a flathead screwdriver.

There should be enough space between the aerator ridges to wedge a flathead screwdriver inside. This option might also appeal to people whose fingernails are too short or fragile to use.

When you have the screwdriver in position, use a hammer to lightly tap against it. This will help to dislodge limescale that has built up.

Keep tapping counterclockwise with the hammer until enough limescale dislodges for the aerator to move. Then use your hand to unscrew it.

If none of the previous steps have loosened the aerator, it is probably stuck because of corrosion or massive amounts of limescale. To loosen the limescale and other debris, tie a bag filled with vinegar around the faucet.

Let it soak for most of the day.

WD-40 also works to lubricate components like a faucet aerator. Just make sure that you ventilate your kitchen to avoid problematic fumes.

How To Remove Delta Aerator Without Tool?

Many Delta faucets come with recessed aerators, which can’t be removed using a wrench. If you don’t have the specific Delta key, you might be able to get a universal key from a third party.

These types of products work on most branded faucets.

Before looking for a DIY tool, try unscrewing the aerator using your fingers. Then try using a rubber glove if you can’t get a good grip.

If you’re still struggling, the above steps will help you with the issue.

How To Remove Moen Faucet Aerator Without Key?

You can also try wedging a kitchen knife or a screwdriver between the ridges to act as a lever.

Once you have a grip on the aerator, turn the tool in a counterclockwise motion until it comes free.

How Do You Remove A Hidden Aerator Without A Tool?

Hidden aerators, also called recessed or cache aerators, are “hidden” inside the faucet. That means that you can’t remove them using a wrench.

Many manufacturers create keys specifically for removing their aerators, but you don’t always need one.

You’ll often find that you can remove the aerator by hand by simply twisting it. Most aerators are installed by hand instead of by using a key, which means that unscrewing them is relatively simple.

How Do You Remove An Aerator From A Recessed Faucet?

Recessed aerators typically come with keys for removal. These keys might be made by the faucet manufacturer specifically for their products, or they might be universal tools made by a third party.

Either way, you can insert the key into the faucet and easily unscrew the aerator.

Sometimes you don’t have a key, though. In these cases, you may be able to unscrew the aerator by hand. You can also use tools like screwdrivers or kitchen knives to unscrew the item.

Sometimes you need to remove your faucet aerator to deal with a water flow issue. But not everyone has the specific manufacturer tools for their model.

If your sink didn’t come with a key, or you’ve misplaced the key, you might feel like you’re running out of luck.

Fortunately, aerators aren’t very difficult to remove. Recessed models can be a little more difficult than exterior models, because there’s no way to remove them with a wrench.

But in many cases, using your fingers works fine. And if you have trouble with that, you can often use tools like a flathead screwdriver.

If you do find that you’re not able to remove your recessed faucet aerator, you might need to call a plumber. Not only will the plumber have the key that you need, but they will also be able to determine whether the aerator or the faucet has been damaged by corrosion.